The first part in ​Thilde Kold Holdt’s epic Viking fantasy series The Hanged God trilogy was published by Solaris in October 2020. Northern Wrath has been critically acclaimed, with Anna Smith Spark describing it as “Ferocious, compelling, fiercely beautiful. Fantasy at its best.” Joanne Harris says it “Packs a punch worthy of the Thunderer himself. It rocks!” and Gavin Smith thinks “This is fantasy as it should be written: savage, liminal, full of wonder and magic.” Northern Wrath has also been given a starred review in Publishers Weekly.

Danish by birth, Thilde studied internationally and speaks fluent Korean, French and English as well as her mother tongue. She sails Viking longships in her summers, and lives in southern France. 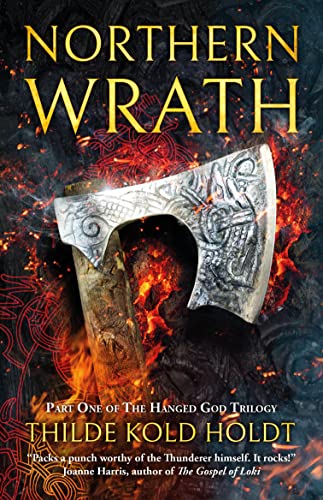